MOBILE BILLBOARD and Why It's A Valuable Tactic

Activate mobile billboards around specific neighborhoods and near events

What is mobile billboard advertising?

Mobile billboard is defined as the transformation of vehicles into a one-of-a-kind outdoor brand advertising vehicles.

1.) Traditional Mobile Billboard is a sizable double-sided printed sign, typically 22' wide x 10' high, mounted on the rear of a truck

2.) Trailer Mobile Billboard is a two-sided sign display installed on a trailer and towed by an SUV

3.) Digital Mobile Billboard consists of LED video screens displayed on a truck or top of an SUV

4.) Wrapped Vehicle Billboard is an SUV with vinyl graphics installed on all sides

6.) Truckside Advertising is defined as printed or hand-painted panels displayed on the sides of semi-trailers and trucks making deliveries throughout cities

Each of the above mobile billboard styles can be enhanced with 3D props, interactive elements, or custom brand build-outs.

The future of mobile billboards is the use of electric vehicles to reduce carbon footprint.

Jump on board with mobile billboards!

Elements range from standard two-sided signs to oversize 3D versions of products installed on the roof.

Plus, unique rooftop build-outs tend to generate social media posts by the public.

These types of mobile billboards stand out from the rest in crowded cities such as Las Vegas, Chicago, and New York City.

Mobile Mural is a painted or artist-created mobile billboard installation.

The benefit of mobile murals is they are deemed more authentic and attractive form of outdoor advertising compared to printed mobile billboard signage.

Various styles of mobile murals range from a hand-painted traditional billboard to an art install on the side of a box truck to a van wheat-pasted with advertising posters. 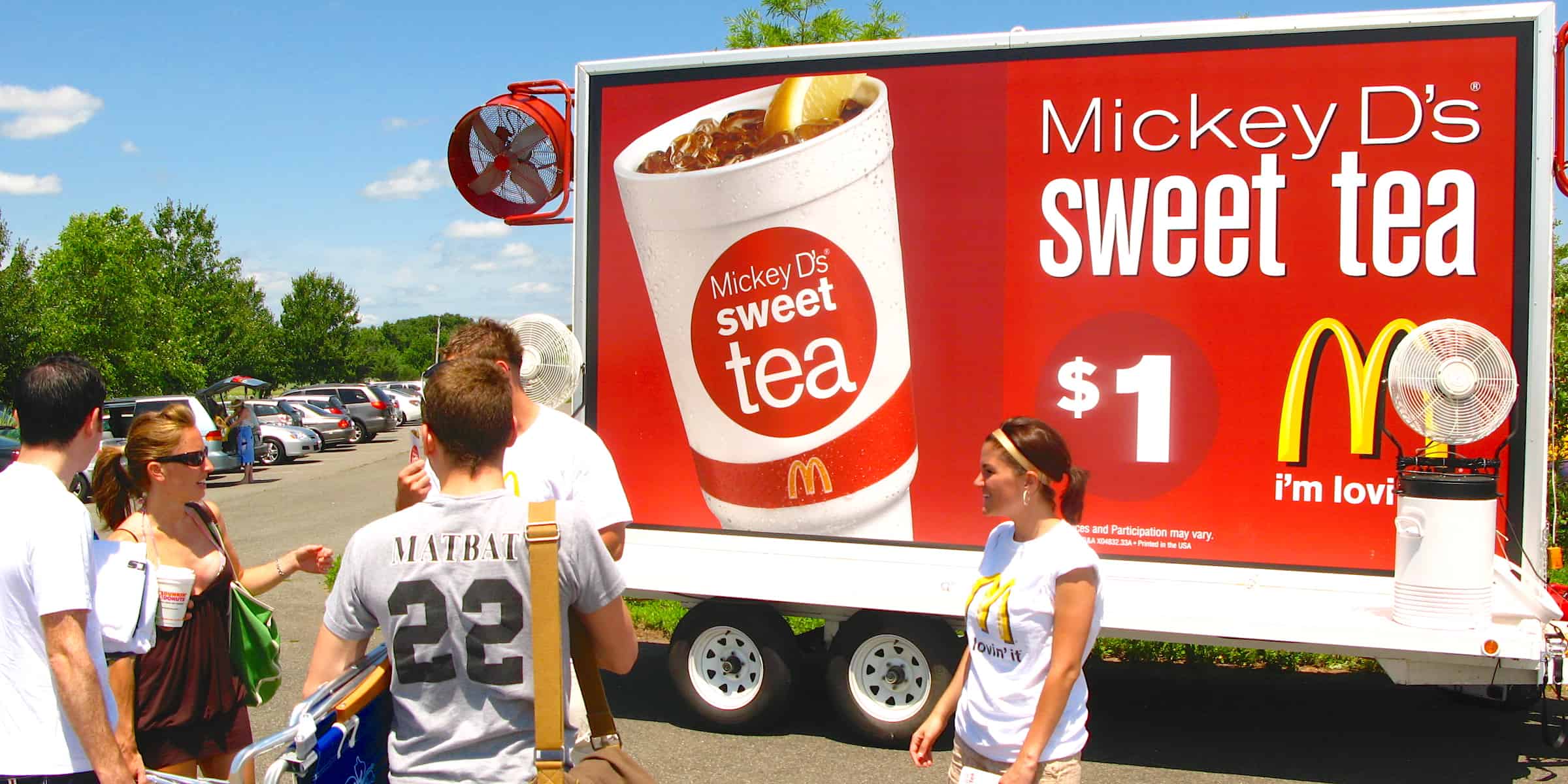 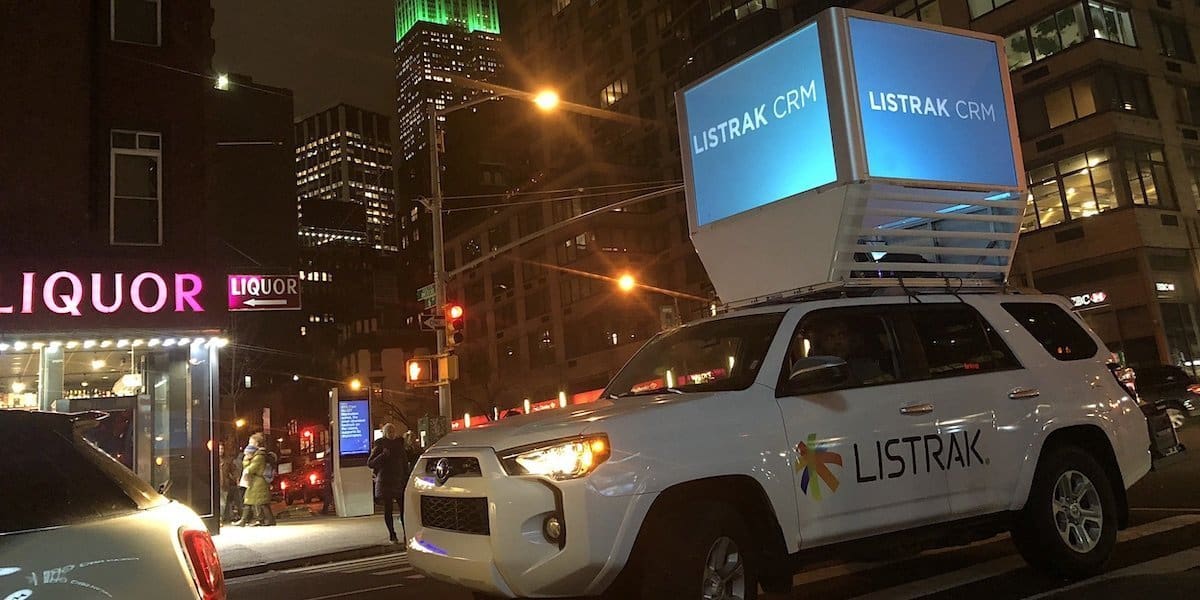